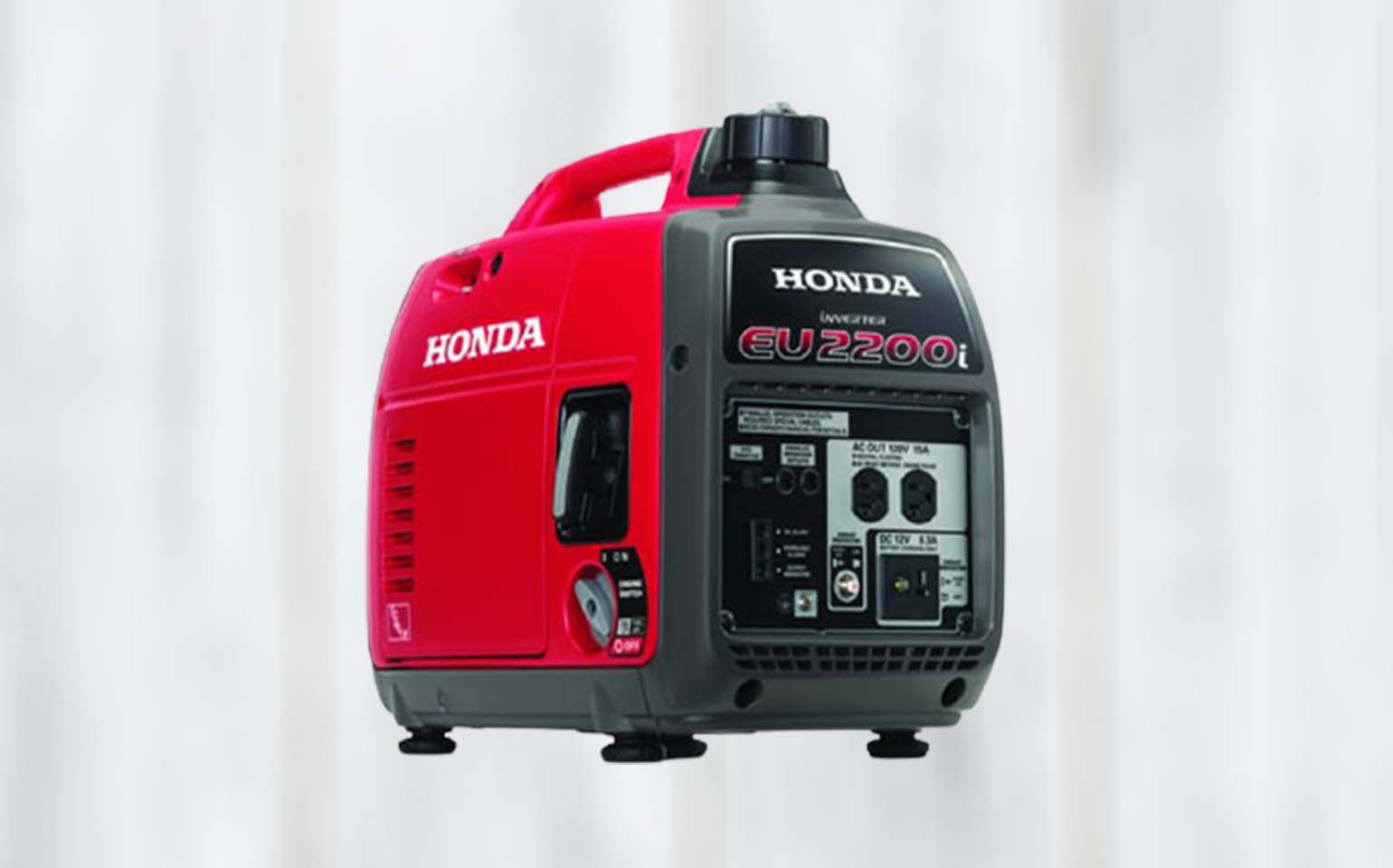 Things You Need to Know

Advantages and Disadvantages of Honda EU2200i

The Honda EU2200i is one of the best inverter generators worldwide for its outstanding performance and impressive and improved specifications. We have a researched a lot about this and reviewed it on this page.

Read on to know more about it and find out whether the Honda EU2200i is a worthier investment or not. We hope this guide will help you to make your decision.

In terms of appearance, the Honda EU2200i is similar to its previous model's design with a black house and signature red and thick carrying handle to make the portability easier.

When we talk about the fuel tank, which is small but sized like other inverter generators that are capable of running many electrical appliances simultaneously, making it ideal for camping, tailgating, outdoor activities, etc., it is simple, lightweight, and compact design.

The Honda EU2200i is designed with a four-step color-coded system to guide the user to start over the machine with the manual recoil. It is designed to be a user-friendly inverter portable generator.

There are some of the impressive features to help you avoid some kind of damages during or after the process. Features a low shut off which switches off the engine automatically when it detects low oil in the generator.

It is run at only 48 decibels at quarter load and 57 decibels at rated load, ensuring that you'll never experience huge noise while running.

One of the upgraded features of this model is it has more power of 2200 surge watts and 1800 running watts, which is high than its previous model inverter generators.

Parallel Compatibility is almost one of the important specifications to run more appliances simultaneously in cases of emergency. Not all the inverter generators hold this spec, but the Honda EU2200i has. This model can be compatible with any other EU2200i but also EB2200i and other its older models.

There is an eco-throttle system that adjusts the engine speed automatically, depending on the load. So, you don't have to change it manually, and there is no need to worry about engine damage.

One of the interesting facts about the Honda EU2200i is its running time. It can be capable of running for up to 8.1 hours at ¼ load on a full fuel tank.

Though its fuel tank is just one gallon, allowing you to run more appliances. However, its parallel Compatibility justified it. Also, it is one of the best budget laptops on the market today.

The Honda EU2200i is durable, thanks to its improved manual recoil system. It is featured an electronic circuit breaker, a new stator/rotor, and increased ventilation. The new stator works use magnets to deliver a clean electrical power output, making it ideal for sensitive devices as well.

When it comes to the specifications of Honda EU2200i, they are standard, improved, advanced, and liked by buyers. At first, in terms of power output, it comes with 2200 watts of starting power and 1800 watts of running watts, which are even more enough to run some appliances used in camping, RVs, outdoor activities. It can also be used to run some basic appliances in your home, making it ideal for residential, workstations, and outdoor activities.

As discussed, its less weight of 47 pounds and carrying handle make the generator one of the portable inverter generators on the market. It comes with 200 watts extra power than its previous model of Honda EU2000i, which are more than enough to run extra power appliances like television, mobile, laptop, blender or coffee pot, and more in your home.

The Honda EU2200i has 12-volt DC and 120-volt AC output, delivering an excellent power output, allowing you to connect even sensitive electrical devices to it. However, you need to use additional accessories to hook up the DC output in your Honda EU2200i generator.

This can be run on only gasoline, so you need to stock it to use access when you need it. You can refuel the tank once it is over or before that. The low oil shut-off feature indicates you when it reaches a low oil level. So, you want to monitor the fuel level all time.

As discussed, despite it has a small fuel tank, it holds a recent running time at quarter load, thanks to its energy efficiency engine. It is powered by a 121cc GXR120 engine, which is behind a good running time. The engine is specifically designed for heavy-duty industrial equipment, which is a lightweight, quiet engine and delivers recent power.

Things You Need to Know

The Honda EU2200i has supposed to designed with a push start, but it is landed with a recoil starter, thanks to its improved manual recoil system that makes a start-up is easier for you. Also, you only require less arm strength to start the Honda's engine, thanks to its automatic mechanical decompressor.

It also has other upgraded features that work as a security system of this model by preventing damages to the inverter generator. They also make the maintenance process more accessible.

One example is its low oil shutoff, which automatically turns off the engine when running on low fuel and protects the engine from getting damaged.

Another excellent feature is its automatic circuit breaker that switches off the Honda EU2200i when it detects overloading or unstable electricity.

A significant feature is its user-friendly design of oil control. It comes with a larger opening for refueling oil. And its oil drain gutter and more prominent spout make the entire refueling process less of a hassle.

Advantages and Disadvantages of Honda EU2200i

One of the exciting aspects of the Honda EU2200i is its added 200 watts of power, but it maintains the exact weight of its previous model of EU2000i. So, it is lightweight, user-friendly, compact, and portable.

It is energy efficient and has a recent running time which is proven by 8.1 hours of run time at a quarter load of 0.95 gallons.

As mentioned, parallel Compatibility is its greater advantage, connecting even with various Honda models when you need more power. It comes with a parallel cable to make it possible. Though it is parallel capable, don't compromise on its power output and portability, delivering enough power to all the essential appliances.

Though it has a manual recoil starter, it makes the starting process cleared, thanks to the four grey indicator lights that guide you to start the generator, making it ideal for beginners.

In addition, the maintenance of the Honda EU2200i is easier with its amazingly designed oil control system. Its all-oil-related parts are bigger, thus making the entire process of oil changing less finicky.

Features an upgraded stator/rotor and ventilation system for better control over the electrical output and preventing different parts from overheating, respectively.

This popular model can power several appliances at the same time, making it great for portable use at home, workstation, job site, camping, etc.

Overall, reliable power will be at your fingertips when you have Honda EU2200i Inverted Generators.

Though the Honda EU2200i is one of the best models at this price, it has some flaws. It would be best if you considered them before buying them.

At first, it doesn't have an electrical push start, which is user-friendly and more comfortable than a manual recoil system. If you are not concerned about the starter, this could be the right choice. However, Honda's design and engine justify it.

Secondly, its running time is low, which can run only minimal appliances. So, if you want to run more appliances with high wattages, then considering this thing could be better.

Overall, the Honda EU2200i is a compact and reliable inverter generator. It is good quality and trustworthy model. You'll have the aspects of what you pay. This model is never comparable with others so that you can buy it without hesitation. Though it is a little expensive than others with the same features, its quality and performance justify it.