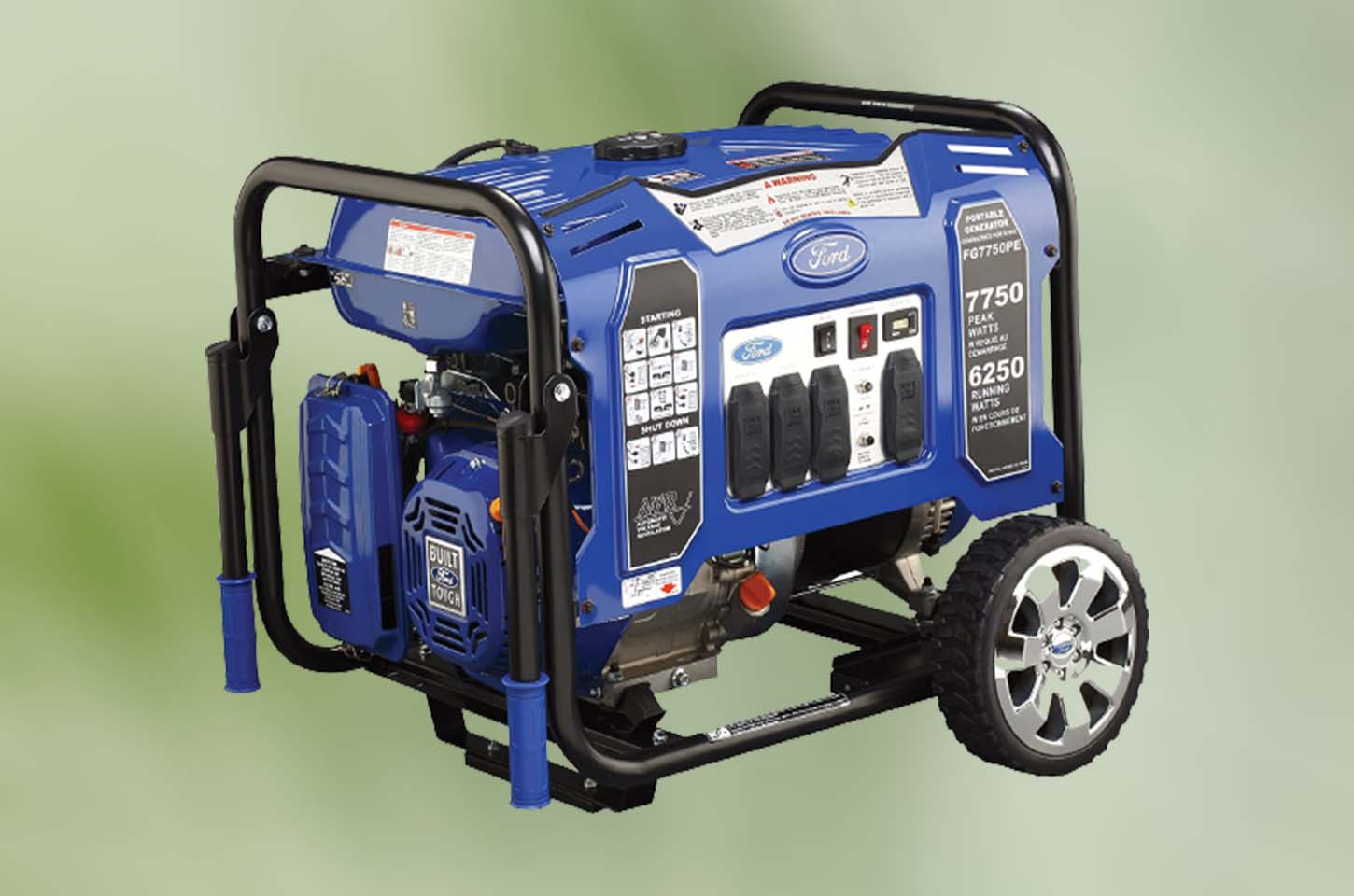 What we love in the Ford 7750-watt portable generator

The Ford 7750 Generator is one of my suggestions if you are looking for a dual fuel generator. The generator lets you run on either gasoline or liquid propane. We suggest you the Ford 7750 variant for its fabulous runtime and reliable engine. They deliver 7750 watts of starting power and 6250 watts of running power which can run several appliances at once. Since it delivers 6250 watts as continuous power, it is suitable for small to medium-sized homes. On this page, we are reviewing the most preferred generator of the Ford 7750-watt dual fuel generator after going through many research. Stay connected with us for more information. 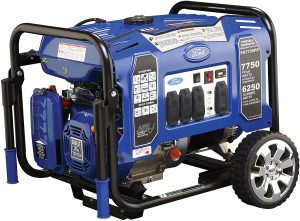 If you want to power for small basic appliances in your home, you can go for a less wattage unit. We got the Ford 7750 dual fuel generator for small to high ampere power tools. We are sure you are aware of Ford, which is popular for automobiles. They get succeeded in that industries. So, they've decided to get popularized in the generator industry. Within a short period, they've achieved what they thought for.

The company, Ford, has planned to provide more reliable generators at an affordable price. Now, you can see its one of their models, namely the Ford 7750, met their expectations. It will impress you with its amazing construction, which is a sturdy design, but it is easy to use and transport with its equipped wheels and handlebars.

The Ford 7750-watt portable generator is powerful and can warm up your entire home during power failure. The portability makes the unit a great option for RVs, camping, tailgating, outdoor events, and more. When it comes to the noise level, it doesn't exceed the standards. The powered engine is reliable and durable, which ensures the fuel efficiency of the generator. In terms of maintenance, it doesn't require heavy, just regular maintenance is enough, thanks to its strong construction.

The Ford ffg 7750 generator is safe for all electrical power appliances, even sensitive devices, since it is approved by EPA (Environmental Protection Agency). The powerful 420cc I cylinder air-cooled four-stroke OHV engine generates an output power of 7750 watts and a running watt of 6250W. Plus, the incorporated engine is made of a cast-iron sleeve, which guarantees the increased durability of the engine. It comes for longer and doesn't get damaged easily due to harsh weather conditions.

The 6.8-gallon fuel tank capacity delivers a runtime of 11 hours at half load, which is more than enough to run power tools during power failure. With its excellent running time, it serves your home at entire night in emergencies so that you can sleep at night without any disturbance.

You can start the Ford 7750 engine with ease with the help of an electric starter. It also comes with a manual start; you can use the starter when you find a problem in an electric starter. The recoil starter would be beneficial for you in case of emergencies. Very importantly, it has safety features like low oil shut-off, a circuit breaker, and more. They help protect the whole unit from any damages. There is a fuel gauge to help you monitor the fuel level in your generator. The LED display, on the other hand, fetches you the real-time updates of the machine. Since they are displaying various data about the unit, you can schedule the maintenance according to that.

With 7750 peak watts and 6250 running watts, the 7750 Ford generator is one of the most efficient and high-power generators in the dual fuel generator category. Thanks to the most powerful and reliable 420cc OHV engine for powering high output with no compromises. It also ensures the clean and stable power to run sensitive appliances like television, mobile phones, laptops, tablets, etc.

The control panel in the generator lets you access many control in one place. This is helpful for beginners as they don't want to search for controls. The control panel includes many switches, including ON/OFF, low oil indicators, voltmeter, frequency meter, hour meter, etc.

When it comes to the power outlets, it includes more, including Two Duplex 120V 20A GFCI Outlets with LED (ON) Indicators, one 120/240V AC 30A Twist-Lock (NEMA L14-30), and one 120V 30A Twist-Lock (NEMA L5-30). This lets you power multi electrical appliances at the same time. It also comes with a 12V battery charger for charging batteries. The generator is one of the best options for residential and job sites.

With a Ford 7750 peak watts portable generator, you can run appliances for up to 11 hours at 50% load. The reliable engine of 420cc OHV engine gives you a starting power of 7750W and running power of 6250W. The best thing about the unit is it can be operated using either a pull start mechanism and an electric start. It lets you use whichever you find convenient and easy. The fuel capacity is 6.8 gallons, and it will give you 11 hours of runtime on a full tank of fuel. The THD (total harmonic distortion) of the Ford 7750-watt generator is less than 3%, making it an ideal option for sensitive appliances as well.

There are several safety features, including low oil shut off, oil warning system, circuit breaker, etc. The oil warning system alerts you when a low oil level is detected. No worries! The low oil shut-off shuts the engine when it detects a low oil level in your generator. So, you don't have to worry about the life of the engine even if you are forgetful. There is a conventional meter, which shows you the frequency, voltage, and hours of operation. It helps you to maintain the generator's status and activity. The overload protection will lessen your burden during operation by adjusting the load and engine speed. The Ford 7750-watt portable generator is both EPA and CARB compliant, and it lets you use the generator in every 50 states. There is a spark arrestor that lets you operate the unit with no fear, even in forest areas.

The Ford company makes its customers feel comfortable and convenient during and after purchasing with its reliable service. The Ford generator 7750 comes with a warranty of three years. They let you avail of warranty service at any time within a period. The unit is easy to use and operate. The ford generator 7750-watt manual guide to operate the machine with no confusion. The user manual includes all essential information regarding the Ford 7750-watt portable generator. Therefore, you can refer to it in case of any doubt. This will be more beneficial for you if you are new to Ford generator.

What we love in the Ford 7750-watt portable generator

The Ford 7750-watt portable generator is one of the best options to power for various tools during disasters and emergencies. So, you don't have to search for other options. Suppose, if your choice goes wrong in case of emergencies, then you may land in trouble. That is why I recommend you to buy the right kind of generator that will suit your everyday needs. In this case, the Ford 7750-watt generator is a good one for you. It meets all standards and specifications. The generator is an ideal power supply for people living in the city and traveling off the grid.