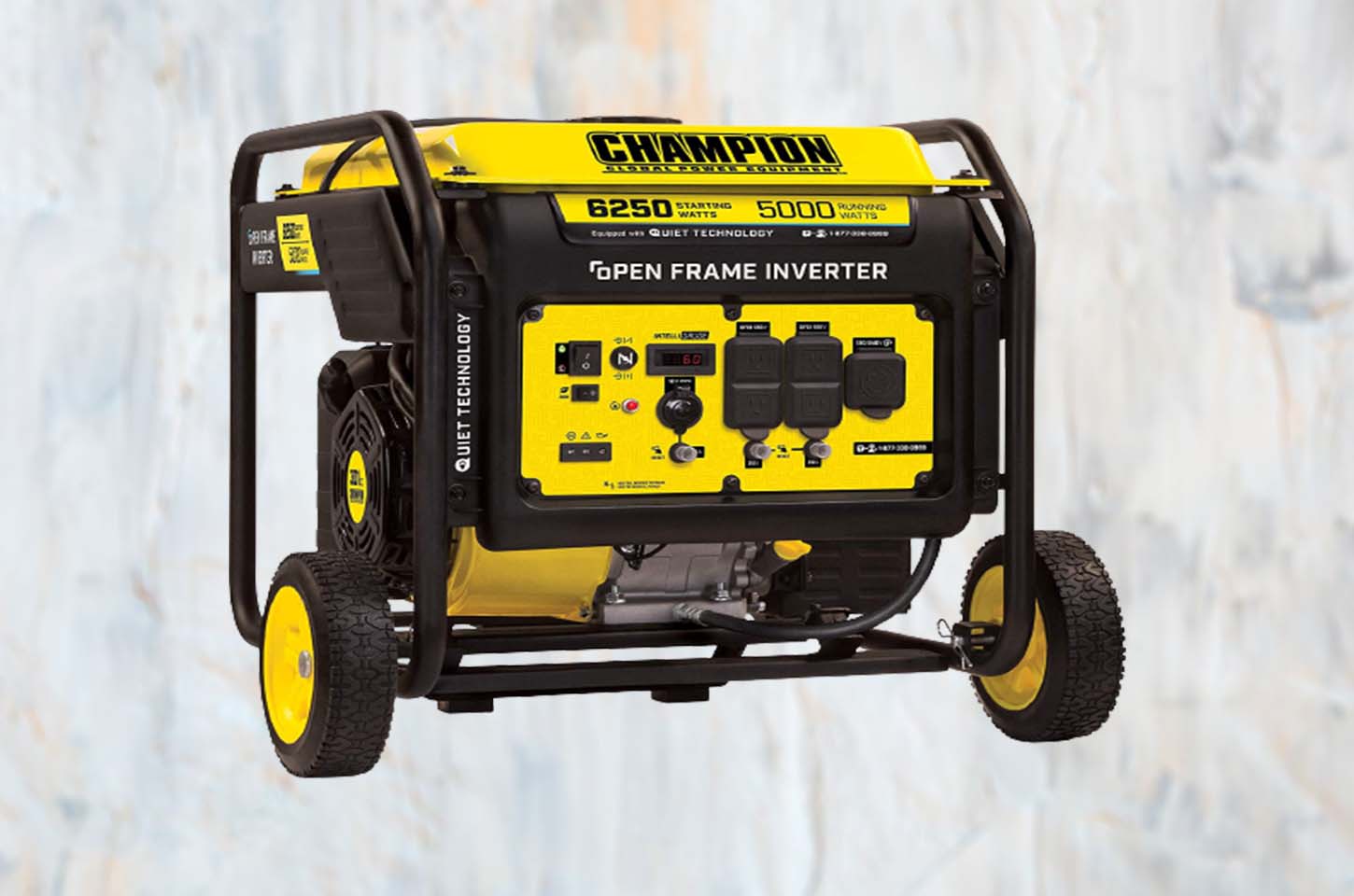 The Design and Construction 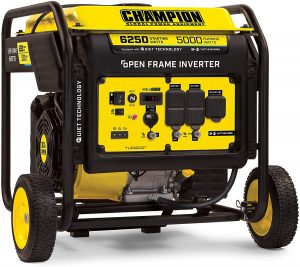 Generator demand increases everywhere since it is essential for both residential and commercial during emergencies. It helps keep your home or workplace warm with its reliable power. It is better to have a generator in advance rather than purchasing it at the neck of the moment. There are many types of generators, including inverter generators, portable generators, and standby generators.

The inverter generator is the best of all for steady power and transport. Still, if it has high power output, you shouldn’t miss it. In this article, we will discuss one of the best-rated inverter generators that have high watts, the Champion 100519 Inverter Generator. It is capable of delivering 5000 running watts and 6250 surge watts.

Is this enough for you? What makes it best among all the inverter generators? With 5000 watts of continuous power, it can run all major power tools in your home at once, including refrigerators, air conditioners, etc. On the other hand, most users prefer the Champion brand for the portable inverter generator for its generic open-frame design and performance. In this case, the Champion generator 100519 is no exception. We will discuss the Champion 100510 6250-watt generator briefly after going through research. Stay connected to this page for more information.

The Champion 100519 generator is compact and weighs about 211 pounds but still manages to make it lightweight, thanks to its open-frame design. And it remains 30% quiet while running. With this impressive design, it impresses many users worldwide. As the name implies, it comes with inverter technology to produce a steady power with the least THD (Total Harmonic Distortion). This is safe for all electrical devices, including sensitive ones like mobile phones, television, laptops, etc.

The 100519 generators are equipped with a 301cc air-cooled 4 stroke OHV engine to deliver a starting power of 6250 watts and running power of 5000 watts. The generated power output is sufficient enough to run essential appliances like air conditioners, refrigerators, coffee makers, etc. Significantly, there is a Cold Start Technology to let you start the engine effortlessly during the winter.

The generator can be run on gasoline, which delivers a good run time even at a rated load. It features an hour meter to fetch various information about the generator like oil level, operational hours, etc. And it displays all these data in real-time. So, you can schedule the maintenance accordingly. With a 4-gallon capacity, it delivers a run time of 12.5 hours at an applied load.

The highlighting feature of the generator is its safety features. The low oil shut-off shuts the engine automatically when it finds it runs on low oil. It features a control panel, which consists of various controls like eco mode, circuit breakers, and a choke.

Plus, it comes with LED indicators that let you know output level, low oil level, overload, and many more. The circuit breaker, on the other hand, will disconnect the power supply when it finds an overload in the generator. Plus, it has enough power outlets to run multi electrical devices at once.

The Design and Construction

The Champion 100519 inverter generator is an open frame model and has sturdy construction to withstand any weather. The hybrid design makes it 50% quieter and 20% lighter than other traditional generators. There is a light indicator to indicate the fuel levels in your generator so that you can refuel it before getting drained. At the front, you can find a control panel to let you access various applications.

A combination of yellow and black color get attention from the users. The inbuilt wheels and handles ensure easy portability. Since it uses the manual system to start the engine, you can start and run it using a pull cord in a few seconds. Very importantly, the various controls are labeled clearly, so you don’t have to be confused while operating the generator.

Do you prefer the inverter generator with the average output? Then, the champion 100519 self-start generator is for you. It comes with a powerful engine of 301cc air-cooled OHV engine, which generates 6250 surge watts and 5000 continuous watts. This makes it a good choice for small to medium-sized homes with heavy electrical appliances such as refrigerators, air conditioners, lights, fans, etc. The reliable engine contributes clean and stable power to run the sensitive devices without any damage.

The generator is capable of powering for up to 12.5 hours run time at ¼ load on gasoline. This is a decent run time of the inverter generators. Significantly, you can increase or decrease the run time by adjusting the load. Therefore, it keeps your home warm and things active overnight during power failure. This makes it great for camping, RVs, outdoor events, and natural disorder areas.

The best feature of the champion 100519 6250-watt DH series open frame inverter generator is its Intelligauge. It fetches various information about the generator and displays it in real-time, including voltage, frequency, and hours of operations. These parameters help you schedule the maintenance. This way, you can give proper maintenance to the unit and can prevent it from any malfunction. This will also help cut down the maintenance cost.

In general, the open frame generators are noisy, but the Champion power equipment 5000w digital hybrid inverter generator is exceptional. It is a quieter generator since it has inverter technology. The quiet inverter mechanism keeps an eye on the noise level and ensures it will run smoother and quieter even in the long run. The noise level of the generator is 69 dBA at a rated load from 23 feet away. It also comes with a noise muffler to cut down the noise level even lower than the standard level. In this way, you can minimize the decibel ratings.

The powerful engine is attached with eco mode to conserve fuel and reduce the noise level. It helps adjust the engine speed based on the load connected to it. When the engine runs on an optimal level, it extends the longevity and improves its fuel efficiency, thereby reducing the fuel cost. So, it runs for longer with full tank fuel and delivers a good run time. This is perfect enough to operate all essential devices simultaneously.

The Champion 100519 5000-watt digital hybrid open-frame inverter generator has safety features a lot like a circuit breaker, light indicators, low oil shut-off, and so on. The circuit breaker helps turn off the engine automatically when it reaches high load than standard.

The power outlets are four 120V 20A GFCI protected household outlets (5-20R), 20/240V 30A locking outlet (L14-30R), and a 12V DC automotive-style outlet with a dual USB adapter and battery-charging cables. It helps you operate various devices in parallel. This is EPA approved and CARB compliant. It comes with a warranty of three years and lifetime technical support.

The Champion 100519 6250-watt dh series open frame inverter generator is known for its versatility. It can run more electrical appliances simultaneously. The generator is a great choice for both residential and commercial. The generated power is complete enough to operate various devices, even a high ampere appliance. The safety features ensure the safest operations and extend its durability. Place your orders at ecommerce sites for the best deals.